The facilities at Swansea NHS Trust were working at full capacity. The Trust therefore needed a solution to help increase patient access to general surgery services. It needed to be a short-term option that would reduce waiting lists, meet government targets and provide vital cover while a new day surgery facility was being built at Singleton Hospital.

Working with the hospital management team, Q-bital developed a plan to facilitate an additional 40 operations a week. They would deploy a mobile operating theatre to the hospital site to provide additional capacity. This would improve patient flow and allow for reduced waiting times.

A mobile theatre staffed by Q-bital clinical personnel arrived to help meet the demand. Staff admitted and prepared patients for surgery in a designated ward before taking them to the theatre for their anaesthetic and surgical procedure. Patients then returned to the wards in the hospital to recuperate and to await discharge. 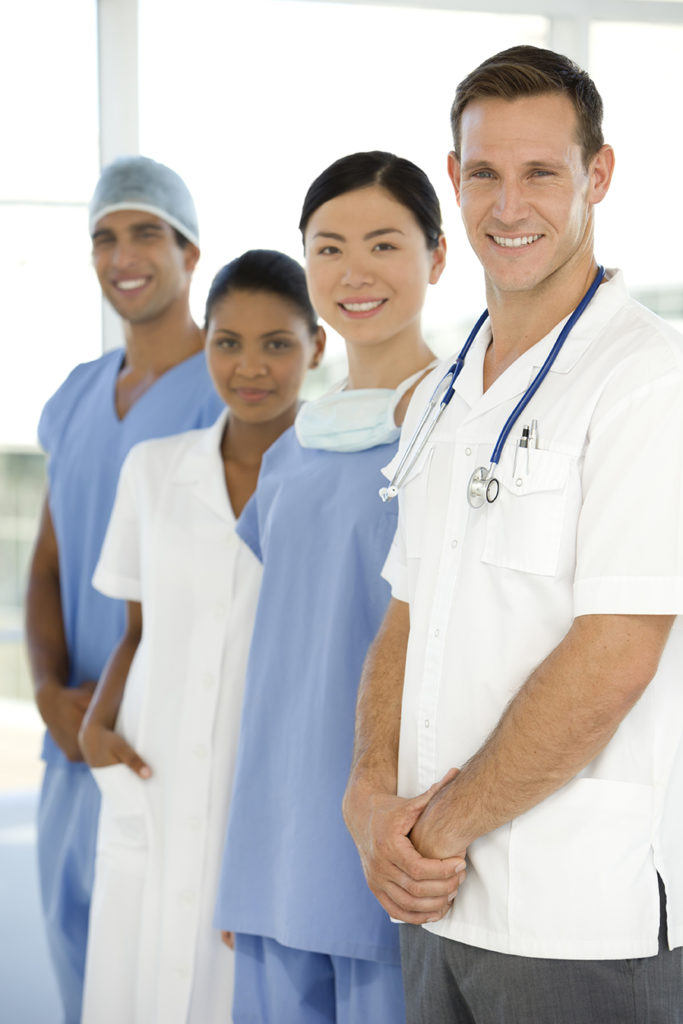 Swansea NHS Trust became the first in Wales to install a mobile operating theatre. Up to eight patients a day received surgery in the facility, which had a covered walkway to the ground floor of the hospital.

Andrew Bellamy, Director of Strategy and Modernisation, told us: “The pattern of care was no different to surgery undertaken in our existing theatres. Additionally, it meant that our own surgeons and anaesthetists were carrying out the extra sessions as a waiting list initiative.

“It proved extremely effective as a short-term measure to help us clear waiting lists for general surgery patients. Performing more than 40 extra operations a week is something that would not have been possible given the demand on theatre capacity at Singleton Hospital.”

Additional procedures carried out each day