Home > News and Events > The threat of pandemics

The threat of pandemics

What did you do last weekend? How did you fill that 48 hours? The weekly shop maybe, sports sessions for children, household chores, socialising or simply catching up on some rest?

In less than the time it took you to enjoy the latest cinema release, catch up on some sleep and watch the kids play football, a flu pandemic could spread across the world. It could kill up to 80 million people. It would undoubtedly spark panic. National security and the global economy would be affected.

In a report published in 2019 by the Global Preparedness Monitoring Board, an independent group of 15 experts convened by the World Bank and WHO after the first Ebola crisis, the threat of a pandemic spreading around the world, potentially killing tens of millions of people, was described as “a real one”. And right now, we are facing the very real threat of the coronavirus epidemic.

In only two weeks, there have been over 31,000 confirmed cases, and more than 600 associated deaths. While only two of the deaths have been outside mainland China – one in Hong Kong and one in the Philippines, but it’s becoming clear that the threat is global. The virus has now spread to more than two dozen nations and The World Health Organization (WHO) has declared the outbreak a global health emergency – although it said this did not yet constitute a “pandemic”.

The Global Preparedness Monitoring Board reviewed health care systems across the world and found just 13 countries had the resources to put up a fight against an ‘inevitable’ pandemic. The most prepared countries included the UK, the US, Australia, Canada, France and the Netherlands – however, given how fast an outbreak could spread, experts warned that even these nations may struggle to curb the disease.

Individual countries’ preparedness is now being put to the test. Meanwhile, China is still playing catch-up and appear to be struggling to get on top of the outbreak. Measures implemented, which include putting the city of Wuhan and the surrounding province on lockdown, affecting more than 50m people, have been effective and more restrictive measures are now also being introduced, including building separate hospitals, banning group dining in some areas, placing limits on how often people can go outside, and turning lifts off in some buildings. But was action taken soon enough?

The Global Preparedness Monitoring Board warned that epidemic-prone diseases such as Ebola, influenza and Sars are becoming increasingly difficult to manage. The reasons for this include increasing conflict, fragile states and rising migration alongside the climate crisis, urbanisation and a lack of sanitation. These are, it said, “breeding grounds” for fast-spreading, catastrophic outbreaks.

The news comes soon after a report, named A World At Risk, said that current efforts to prepare for outbreaks in the wake of crises such as Ebola are ‘grossly insufficient’ and referenced the damage done by the 1918 Spanish flu pandemic and said modern advances in international travel would help the disease spread faster – a century ago the Spanish flu pandemic infected a third of the world’s population and killed 50 million people.

It’s frightening when you consider previous epidemics – The Black Death, for example, claimed up to 200 million lives at a time when travel was largely restricted to the high seas and the fastest means on land was by horse. In an age when we can jump on and off planes, travel the length and breadth of the country in scant hours and where city-dwellers spend hours a day cheek-by-jowl commuting on buses, trams and tubes – it’s no wonder germs can spread at breakneck speed.

In our rapidly changing and interconnected world, the experts say that we need to “fix the roof before the rain comes”. That means being prepared and planning effectively for what we’d do in the face of an outbreak. The report’s authors say: “It is high time for urgent and sustained action. This must include increased funding at the community, national and international levels to prevent the spread of outbreaks. It also requires leaders to take proactive steps to strengthen preparedness co-ordination mechanisms across governments and society to respond quickly to an emergency.”

Health infrastructure and facilities will surely be key in managing the outbreak of any pandemic. Put simply, should an epidemic strike, there will be many more people needing medical care and they’re going to have to be managed safely and effectively to minimise risk to them, to the wider public and to the hospital staff. Hospitals are going to have to find space and capacity to treat people, and fast.

The World Health Organisation says that managing an epidemic calls for partnerships with service providers who can help healthcare providers such as hospitals add capacity – preferably partnerships that have been established in advance. This means they can call on them more speedily should disaster strike, and everyone knows what’s expected of them.
In the disaster movies, we see public spaces being used as temporary healthcare settings when epidemics hit – sports halls, community centres and the like – but this is not ideal for patients, their families, or the staff treating them.

So, what else would work? Clearly, building extra hospital or additional clinical spaces from bricks and mortar isn’t an option – so what can be done? Organisations such as Q-bital Healthcare Solutions work alongside healthcare organisations to create extra capacity which is temporary but much more robust and absolutely clinically sound. The environments are not temporary, but they can be temporarily used.

In an epidemic, units can be quickly deployed to support areas which are struggling to meet the increased demand, or where, if space has been commandeered in one hospital to create a ‘hub’ for the treatment and containment of an epidemic, they can be used to create a more long-term ‘back-up’ in other locations to make up the shortfall – for example for dialysis patients.

Patients in either instance can be decanted to the mobile solution – whether that is a clinic, a ward or an operating theatre. Or if additional or faster turnaround of sterile equipment is required to meet the increased demand, a mobile central sterilisation unit can help to bridge the gap.

The mobile units create spaces which can be, if necessary, completely separate from the hospital creating an infection control ‘oasis’, or can be used for testing, triage or supporting the ‘walking wounded’ in clinics and wards. They can be used as additional ward space or even, if needed, a welfare area for staff who may have to stay on site for an extended period without going home. They can also be used for additional and self-contained morgue space, minimising the cross-contamination risk.

With an imminent pandemic looking increasingly likely, it’s vital that healthcare providers all over the world, no matter if they’re in the top 13 countries best prepared or not, look carefully at how their infrastructure would cope if put under serious strain. 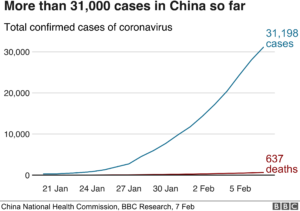