Does the climate affect hospitals? If you ask the person in the street, the answer would most likely be no, of course not. Surely, it’s what happens within the building that matters, not the environment surrounding it?

Hospitals are really not that different from houses. Their design, in relation to their location, is directly linked to the comfort of those within the building. Whether it’s a house or a hospital, if the building cannot withstand the weather it faces or the climate to which it is exposed and function successfully within the surrounding environment, then problems will arise that will prove most challenging to solve.

Consider hospitals that are situated close to the sea. This might be a perfect place for a holiday, but perhaps not an ideal location for a healthcare facility.

In places such as Cornwall in the UK, owing to the geographical locations of several of the county’s towns and cities, a hospital is likely to have been built in close proximity to the sea, in an area exposed to winds and where the average annual rainfall is high. This brings with it many challenges in terms of hospital design and maintenance.

The wind, moisture, temperature, sea salt and even the local seagull population can all have an adverse effect and thus create extra work for the hospital estates team. Take roof structures for example. As Cornwall’s average temperature is fairly stable throughout the year, with no particularly high peaks in the summer, moss can grow on the roof(s) of a hospital all year round without being burnt off by the sun. This can cause problems with leaks and mould – potentially wreaking havoc in the storeys below.

Wind and rain also cause their fair share of problems in a marine setting; wind-driven rain can dislodge roof tiles more easily and, if they are lifted, rainwater can get into the roof and potentially into the hospital itself. This can lead to closures of vital patient care areas.

However, in a global context, Cornwall is relatively temperate throughout the year. What about regions where the weather is more intense, as we face increased changes and extremes in climate throughout the world?

The global climate, as we see time and again, has a direct and sometimes devastating impact on hospitals and their ability to provide healthcare, causing damage to existing infrastructure – in some cases no matter how robustly it may be built.

In 2012, superstorm Sandy caused the closure of New York City’s Bellevue Hospital after basement fuel pumps flooded. Hurricane Katrina was responsible for the shut down of many of the city’s hospitals as they simply could not withstand the storm’s damage. And in Houston’s Texas Medical Centre, US$300 million of losses and damage were accrued in multiple buildings as tropical storm Allison brought days of relentless rain.

Subsequently, climate also affects how healthcare can continue to be delivered at those hospitals that have been damaged by extreme weather events. The resilience of hospitals is especially vital for areas that only have one major medical centre. These central hospitals don’t just have to keep the lights on during a storm – they often also serve as the centre of the entire area’s emergency management during extreme events.

In the US, such is the worry that hurricanes are worsening each year, some hospitals on the coast are updating their buildings to be more resilient and able to withstand strong winds and torrential flooding. This includes: Using layers of tempered glass so that windows cannot break when hit by flying debris; building extensions or new structures up to ten feet above sea level to help prevent flooding; and using more supportive building methods to make buildings able to tolerate high winds better.

To protect from flooding, in one US coastal hospital,mechanical gear is housed on the third level and its new emergency department and surgery centre have their operating rooms on the second floor, or higher. In addition to a power plant that is designed to withstand winds of over 180 mph and generators that are elevated 40 feet above the flood plain, these measures can keep the hospital’s systems running for nine days. 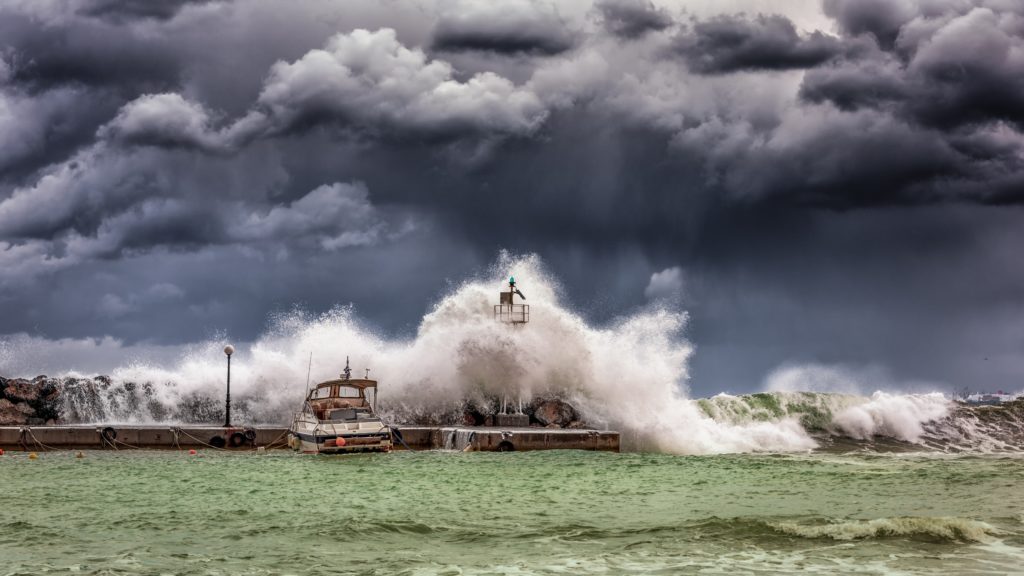 These hospitals are being designed to be the last buildings standing in the case of an extreme weather or climatic event – but building new, stronger structures takes time and resources – and certainly won’t be a quick fix.

Most recently we have seen the devastation wreaked by Hurricane Dorian throughout the islands of the Bahamas. On September 1, 2019, Dorian made landfall in the Bahamas – it was the strongest category five storm ever to hit the archipelago, with sustained winds of 185 mph and gusts of up to 220 mph.

The hurricane devastated key infrastructure, including healthcare facilities, across the Abaco and Grand Bahama islands. The main hospital on Grand Bahama was reported to be unusable. A smaller, private hospital on the island remained open and usable during and after the hurricane, but road access to the facility was hampered by very high water levels.

Damage to the healthcare estate following such a catastrophic weather event is inevitable and this can have a sustained impact on a hospital’s ability to support and treat patients in the short, medium and long term.

In recent years, Q-bital Healthcare Solutions has been involved in installing mobile hospital wards and operating rooms throughout the world, following major or catastrophic weather events.

In Australia, Q-bital installed a temporary operating room at the Alfred Hospital in Melbourne in order to replace a main hospital theatre, which had been damaged by a storm. Installation of the unit was key to ensuring that numerous patients were not forced to wait weeks or months for procedures that had to be postponed. Within the unit, surgeons completed what
is believed to be a world first – undertaking open heart surgery in a mobile operating theatre environment.

Professor Paul Myes, the hospital’s Director of Anaesthesia and Perioperative Medicine, described the solution as: “Innovative.” The theatre remained at the Alfred until repair work was completed. This is an example of how such mobile theatres can offer a quick solution for hospitals or healthcare facilities that require flexibility and portability, to help them to deliver the services that patients need.

Q-bital’s sister company in the UK, Vanguard Healthcare Solutions, supported Gloucestershire Hospitals National Health Service (NHS) Foundation Trust when torrential flooding severely disrupted hospital services in the area. One of its major hospitals had been left virtually inaccessible, leading to extensive disruption and resulting in hundreds of operations being cancelled.

In both cases, the weather caused such significant damage to hospital estate and infrastructure that patient care was directly adversely affected in the short-term and possibly into the medium and long term as well.

The effect on the physical structures of hospital buildings is just one instance of how climate and climate change can influence healthcare throughout the world. It goes without saying that extreme weather events bring with them an increased pressure on healthcare systems, as they cause inevitable and unavoidable injury and illness as well as – in some cases – the displacement of people in need of treatment from one community to another.

Q-bital works hard to be a part of the solution when such extreme weather events directly affect a hospital’s ability to provide healthcare to its population. It strives to make sure that its fleet of mobile operating rooms, wards, clinics, endoscopy decontamination units, central sterile service departments, minor injury units and endoscopy suites are prepared and able to function in order to replace weather-affected healthcare services in all climates – be it windy Cornwall or arid Australia. 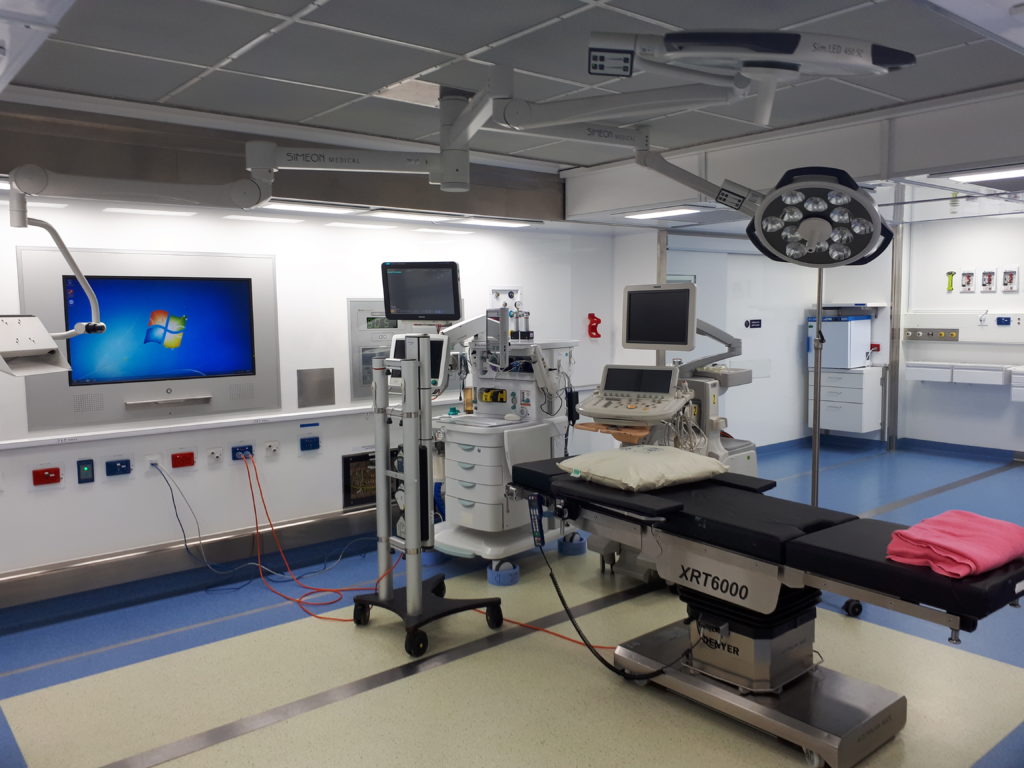